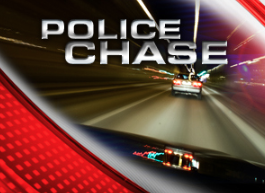 ELLIS COUNTY —Two people were injured in an accident during a police chase just before 10:30p.m. Thursday in Ellis County.

The Kansas Highway patrol reported a 2013 Dodge Challenger driven by William R. Dalrymple, 25, Richmond, TX., was in a pursuit on Toulon Avenue when it swerved to miss spike strips at Vineyard Road two miles Southwest of Catharine.

The driver lost control and ramped a driveway, hit another driveway and came to rest after hitting the second driveway’s retaining wall.

EMS transported Dalrymple and a passenger Victoria D. Deakin, 32, to Hays Medical Center. She was later transferred to Via Christi in Wichita.

Both passengers were properly restrained at the time of the accident, according to the KHP. Authorities have not released details on what prompted the chase. Check the Post for additional details as they become available.