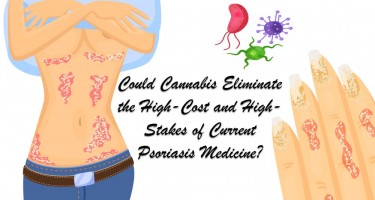 Since the advent of the legalization of medical marijuana, newer applications of marijuana are being discovered constantly. The multi-beneficial cannabinoids embedded in cannabis seem to show more and more medicinal benefits as more studies are conducted. The potential of cannabis as a therapeutic agent is astonishing and based on results gotten from studies carried out so far humanity hasn’t even scratched the surface of what this wonderful plant has to offer.

In this article, we will be looking into the possible application of cannabis to treat psoriasis. Can cannabis be a cheaper and safer alternative means of treatment? Read on to find out!

Psoriasis can simply be characterized as an autoimmune disorder and genetic disease. The effects of this autoimmune disorder produce an increase in the build-up of skin cells. Normal skin cells grow for 30 days whereas cells in psoriasis grow within 3 to 5 days. These immature skin cells are promoted to the surface of the skin which characterizes some of the common signs of psoriasis. The epidermal surface of the skin appears red, scaly, and itchy. The range of the effects on the body can either be localized or generalized completely on the body surface.

Statistics from the National Psoriasis Foundation states that over 8 million people have psoriasis. A considerable amount of these people have psoriatic arthritis which further complicates the condition. The common triggers of psoriasis are medications, infections, and trauma. The effects of psoriasis include inflammation on the surface of the skin, pain, and fatigue. This eventually promotes sleeplessness and some effects on mental health. It should be noted that a study in the Archives of Dermatology in 2010 stated that people with psoriasis have a good chance of suffering from anxiety and depression.

Due to the nature of the condition, psoriasis is not curable and is very difficult to treat. Due to the fact that it is an autoimmune disease, the present drugs used for controlling the condition work on the immune system. They have strong immunosuppressive effects which help in controlling the autoimmune condition. Humira and Enbrel are common examples of such agents. However, these drugs have a drawback in terms of their strong suppressive effect on the immune system. They reduce the ability of the body to fight other infections which can be very disastrous. They also give rise to serious side effects which is the reason why alternative means of therapy are being sought for psoriasis.

Is cannabis a feasible option?

Cannabinoids present in cannabis can play a huge role in controlling psoriasis. The endocannabinoid system plays a huge role in the life span of skin cells and their duration of maturation. The cannabinoids embedded in cannabis also work through this system which gives them the ability to affect the condition. CBD and THC are anti-psoriatic agents that help to reduce inflammation and immature expression of skin cells. This coupled with the immunosuppressive effects of cannabis makes it a very reasonable alternative for dealing with psoriasis. However, the elephant in the room is whether cannabis is a better means in comparison with the common anti-psoriatic agents.

Common medications and therapies currently used for controlling psoriasis lack the needed characteristics to deal with the condition. Psoriasis affects the body physically and mentally, both of which cannabis is capable of dealing with. Here are the specific roles cannabis can play in dealing with the effects of psoriasis.

Slows down the growth of the skin cells

As earlier stated, the immature development of skin cells is one of the major proponents of the condition. The endocannabinoid system and many cannabinoid receptors are on the skin. This helps CBD to affect the life span of skin cells and reduce their rapid growth. This effect makes the use of THC and CBD topicals and other systemic cannabis products effective for dealing with psoriasis.

CBD is a cannabinoid known for its anti-inflammatory response. This response makes cannabis suitable for reducing the inflammatory immune response of the body to psoriasis. Topical and systemic cannabis products play this role by suppressing the overactive effects of the immune system. This suppression in immune response reduces inflammation.

Is cannabis truly a safer and cheaper alternative?

The annual amount required for psoriatic patients using Humira to deal with the condition is $39,000 while the annual equivalent for Enbrel is $46,000. With the present cost of marijuana, the needed cannabis strain for dealing with psoriasis is bound to be more cost-effective. This makes cannabis a cheaper alternative for dealing with psoriasis in comparison with common medications and therapies.

Cannabis does not offer severe side effects that characterize other anti-psoriatic agents. It deals with the physical and mental burden of the condition without giving room for other infections. This is the major drawback with anti-psoriatic agents such as Humira and Enbrel. The cannabinoids present in cannabis produce the needed depression on the immune response while still maintain wellness. This makes cannabis a safer and cheaper anti-psoriatic agent.

The legalization of medical cannabis in different states in the US means that unlike before the numerous benefits of cannabis can be enjoyed by all without fear of prosecution. The potency of cannabis as an effective therapeutic agent has been diligently proven over the years, and although its ability to act as a potent alternative to the current prescription medication isn’t a debate, it is advisable you speak to your doctor before making any significant decisions. 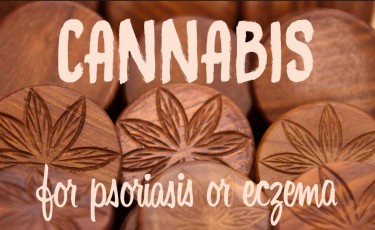 IS CANNABIS GOOD FOR DRY SKIN PSORIASIS OR ECZEMA? 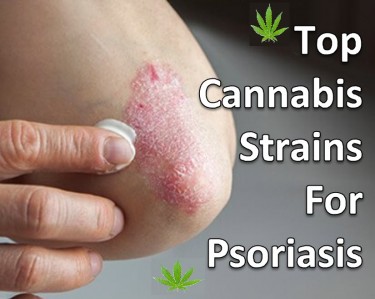 WHAT CANANBIS STRAINS ARE GOOD FOR PSORIASIS?