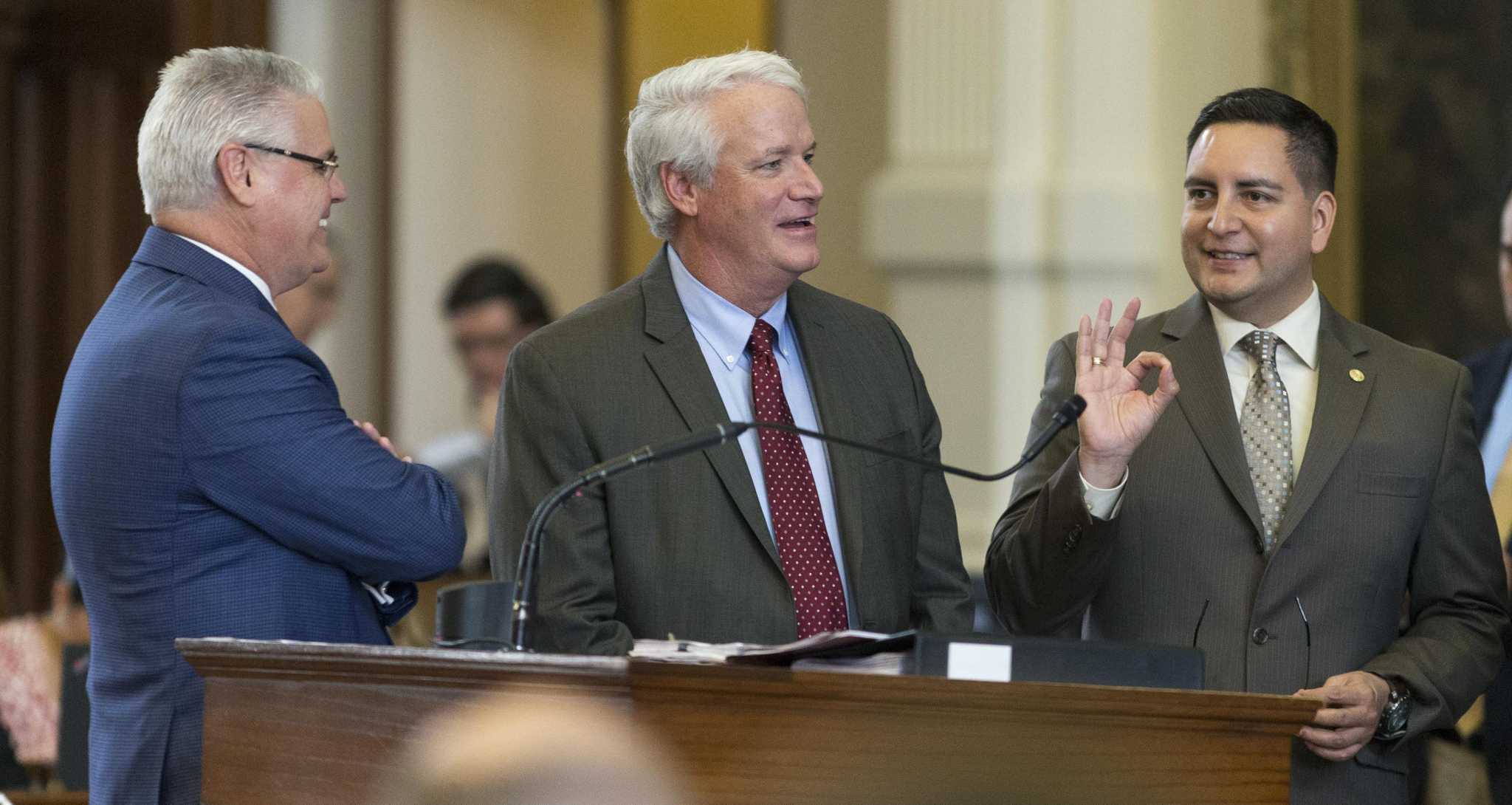 Rep. Larson made the claim in a tweet as he announced legislation he has filed. If approved by more than two-thirds of both legislative chambers, a proposal would be added to the November 2021 ballot that would amend the state constitution to legalize the possession, cultivation and sale of cannabis strictly for medical use.

PolitiFact rating: Mostly True. Preliminary studies suggest a correlation between medical cannabis usage and a reduction in opioid dosage among chronic pain patients, but researchers note the results are inconclusive and more rigorous testing should be done to know the full effects.

Proponents of loosening the state’s marijuana prohibitions hope that momentum generated by legalization efforts around the country could carry into Texas, riding on arguments that legalization would be a boon for the economy and an important pillar of criminal justice reform.

PolitiFact is a fact-checking project to help you sort out fact from fiction in politics. Truth-O-Meter ratings are determined by a panel of three editors. The burden of proof is on the speaker, and PolitiFact rates statements based on the information known at the time the statement is made.

TEXAS TAKE: Get political headlines from across the state sent directly to your inbox

The intersection of medical cannabis and opioid use as treatments for chronic pain is an emerging field of research as more states loosen regulations on medical and recreational use of marijuana.

Larson’s aides pointed to a report published over the summer by researchers at the University of Arizona that assessed the effectiveness of medical cannabis in reducing opioid dosage for the treatment of chronic pain in non-cancer patients.

The analysis looked at nine separate studies involving a total of 7,222 participants across the U.S., Canada and Australia that “found a much higher reduction in opioid dosage, reduced emergency room visits, and hospital admissions for chronic non-cancer pain by (medical cannabis) users, compared to people with no additional use of” medical cannabis.

Those studies confirm Larson’s assertion: There was a 64 percent to 75 percent reduction in opioid dosage when patients supplemented their chronic pain treatments with medical cannabis, and 32 percent to 59 percent of cannabis users reported a complete end to opioid use.

But University of Arizona researchers note several caveats to these findings. There has generally been “a dearth of empirical studies” about the use of cannabis versus opioids in chronic pain treatments. In order to include a large sample size, the researchers “relaxed inclusion criteria” in their analysis to allow for the inclusion of observational studies, which are not systematic enough to be considered empirical evidence.

Furthermore, researchers noted how cannabis can slow a person’s metabolism, thereby causing an opioid medication to absorb into their bloodstream more slowly. This effect can give a patient the impression that their opioid dosage may need to be increased.

While studies suggest that cannabis could be used to reduce opioid dosages when treating chronic pain, researchers suggest the findings be interpreted with caution due to limitations in the evidence. The intent of the study is to suggest to the wider medical field that more systematic tests should be conducted, said Dr. Babasola Okusanya of the University of Arizona, who was involved in the study, and the severity of the opioid epidemic should heighten the urgency of these tests.

It would be premature to base legislation on this study’s findings, Okusanya said.

While the effects of cannabis on decreasing opioid usage may be inconclusive, other studies have shown that increasing access to marijuana can lead to a reduction in opioid-related deaths. Last year, researchers found that the legalization of recreational marijuana reduced annual opioid mortality between 20 percent and 35 percent.