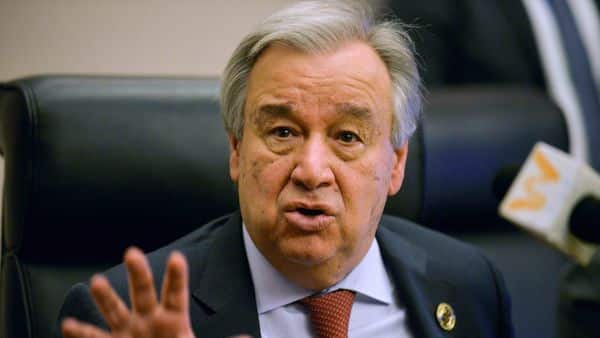 India must stop building coal infrastructure and focus on renewable power generation to aid the global fight against climate change and lift its citizens out of poverty, United Nations Secretary-General Antonio Guterres said.

The nation, the biggest coal consumer after China, must invest in a “clean, green transition” as it recovers from the Covid-19 pandemic, Guterres said at an event organized by New Delhi-based environment advocacy group TERI. It must also end fossil-fuel subsidies, which are about seven times as high as those for clean energy, he said.

The Group of 20 nations including India must place a price on carbon pollution and commit to no new coal after 2020, Guterres said. He said he was concerned to learn that G-20 nations allocated more resources to fossil fuels than clean energy for an economic recovery and that some countries were “doubling down on domestic coal and opening up coal auctions.” India plans to auction 41 coal mines later this year.

While India has seen coal as an affordable source of energy to fuel future growth it is also a major contributor to its chronic air pollution and the main driver of global climate change, of which the country has been a major victim. However, a shift is underway, and Gutteres applauded the fact that renewable investments outpaced those in coal for the first time last year.

The government is making more pro-renewable policies that are already weighing on coal power plants. Average utilization of these plants was 48% in the first four months of the fiscal year that began in April, compared with 61.3% a year earlier, according to the Central Electricity Authority. Half of the country’s coal power capacity will be uncompetitive in 2022, rising to 85% in 2025, Guterres said.

“Like all countries, India is at a crossroad,” he said. “Despite the significant challenges the country faces in bringing shared prosperity to its population, it has in many ways embraced clean technology and a sustainable energy future.”

* Thank you for subscribing to our newsletter.