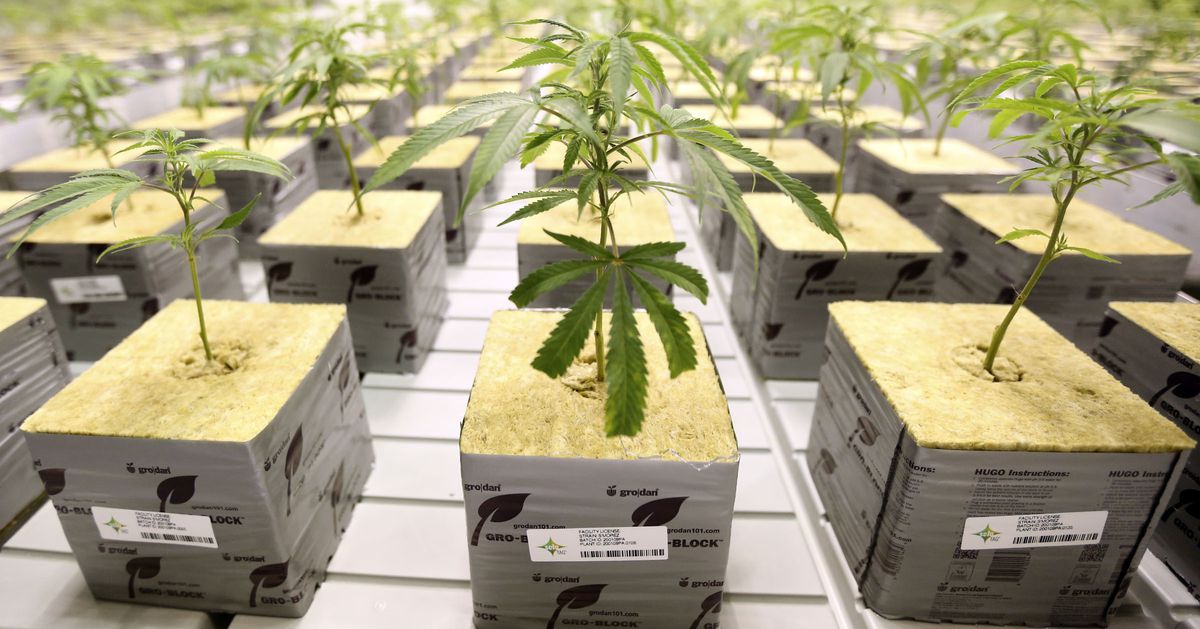 SALT LAKE CITY — Legislators are again eyeing changes to Utah’s medical marijuana law, including enabling any doctor to recommend the medication to up to 15 patients.

“The concept there is twofold. One on the patient’s side: It would allow the patient to stay closer to home, maybe with their own physician … and the physician, if they don’t feel they have the expertise to do the dosing guidelines, they can work with the pharmacist and the cannabis pharmacy,” said Sen. Evan Vickers, R-Cedar City.

The move could address one of the biggest bottlenecks so far with the program, according to advocates.

“There are many physicians who support their patients’ use of medical cannabis, but do not want to jump through the hurdles of becoming a kind of qualified doctor under the law, which requires paying a fee and doing a few hours of education and using a new computer system just for these users,” said Connor Boyack, president of Libertas Institute, a patient advocacy nonprofit that has been involved with drafting the law.

“What that means is that those patients then have to go out-of-pocket to a different clinic, and it just adds to the cost,” he said.

Desiree Hennessy, director of the Utah Patients Coalition, said doctors “have not got on board as much as we hoped.”

“And not because lack of wanting to, but it seems to be lack of education, lack of time, or there’s a policy stopping them from getting patients involved. We’re just hoping that that will help us get over the hurdle of physicians that just don’t know if this is something that they want to take on,” she said.

The law currently allows doctors to write recommendation letters without registering as qualified medical providers in the program until the end of 2020. After that, doctors will need to become qualified providers — which includes paying a fee and undergoing online training — to continue recommending marijuana to patients.

Vickers said lawmakers hope that by allowing any doctor to recommend marijuana, many who are unsure will become more familiar with the process.

More than 550 providers throughout the state have registered with the program, but not all are recommending marijuana, Vickers noted. Some patients still face difficulty finding a doctor to recommend the drug, and some doctors are charging high prices to do so without billing patients’ insurances.

The hope is that patients could go to their normal general practitioner, who would bill their insurance, according to the senator.

“So it’s always a balancing act. We want to have access to patients, we want to try as much as possible allow them to go through the normal doctor-patient relationship to get medication,” Vickers said.

“That way we can assist them in getting involved and having patients be treated with medication,” he said.

Doctors who are already in the program can recommend the drug to 275 patients, or as many as 600 if they have a certification from the American Board of Medical Specialities. Advocates a few months ago called for those doctor caps to be increased, but few doctors have actually reached their caps, Vickers said.

“If we increase the caps, all we’re doing is continue to funnel patients to a very few providers who are turning this into a business and charging a lot of money,” Boyack said.

“And so as important as it is that those providers continue to offer their service, the better outcome is that every physician or nurse feels empowered to do this,” he said.

Legislators are also trying to figure out how to increase access to medical marijuana for Utahns in rural areas. The bill could possibly open the door for a type of “warehouse hub” where cannabis from pharmacies could be stored and delivered to patients.

The idea marks a return to the “central fill” concept, Vickers said.

The original bill called for the drug to be distributed to patients through a state-run central pharmacy and local county health department pickups. Last year, some counties expressed concern about possibly facing federal retribution for being involved in Utah’s marijuana distribution system, causing lawmakers to scrap that part of the plan and allow 14 medical marijuana pharmacies to open instead.

Vickers said it would allow physicians to know if their patients are taking marijuana to help them make treatment decisions — with controls in place through a program in the works by the Division of Professional Licensing.

Hennessy said if marijuana does get added to the database, patients want to be sure controls are in place and that law enforcement won’t be able to access the information without a warrant.

“The reality is is that all this information is already in a database. Right now, there are two databases. There’s a controlled substances database for all medications. … And then there’s a medical cannabis database. Doctors are finding it difficult to be able to navigate between the two,” Boyack said.

“From the physicians’ standpoint, it makes sense to have these be connected,” he said.

The new bill could also add some additional forms of medical marijuana to be used, and allow those with additional conditions to qualify.

Smoking medical cannabis is not legal in Utah. It can be purchased in the form of a capsule, tablet, concentrated oil, sublingual, transdermal or topical preparation, a gelatinous cube, or unprocessed flower.

Vickers said lawmakers will listen to suggestions from the program’s Compassionate Use Board and Cannabinoid Product Board when considering new forms or conditions to add.

Several dozen patients with conditions that aren’t on the existing list, many of whom have sleep disorders, have gone through the board for approval to take medical marijuana, Boyack said.

Utah voters approved a ballot initiative in November 2018 legalizing doctor-approved marijuana treatment for certain health conditions. State lawmakers the next month replaced the measure with a law they say puts tighter controls on the production, distribution and use of the drug. Utah’s Medical Cannabis Act then went through multiple changes in subsequent legislative sessions before the program launched this March.

Advocates knew the ballot initiative as written wouldn’t become law, Hennessy said, but saw it as a way to “to get ink on paper and to create discussion.”

“And it worked beautifully. I mean, compromise or not, anytime I want to call and say, ‘I have an issue with a part of the law, it’s all ears. And everyone is ready for discussion on how to make it better,’” Hennessy said.

The first year came with some difficulties, including crop shortages and relatively high costs for patients, but Hennessy said those problems are already starting to work themselves out as more pharmacies open.