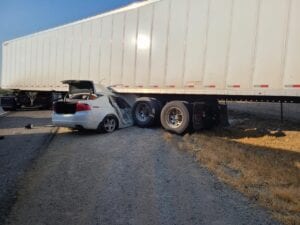 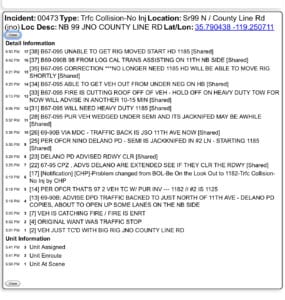 Details of the crash from California Highway Patrol

Delano police were led on a vehicle chase Thursday afternoon that ended up with the suspect vehicle colliding with a big rig on Highway 99 just north of County Line.

Officers attempted a traffic stop around 5 p.m. on a vehicle and it failed to yield. The vehicle traveled north on Highway 99 and collided with a big rig, police officials said. Nobody was seriously hurt and a gun was located inside of the suspect vehicle. Highway 99 was momentarily closed, but is back open to traffic now.

No officers were hurt and no police car damage, officials said.