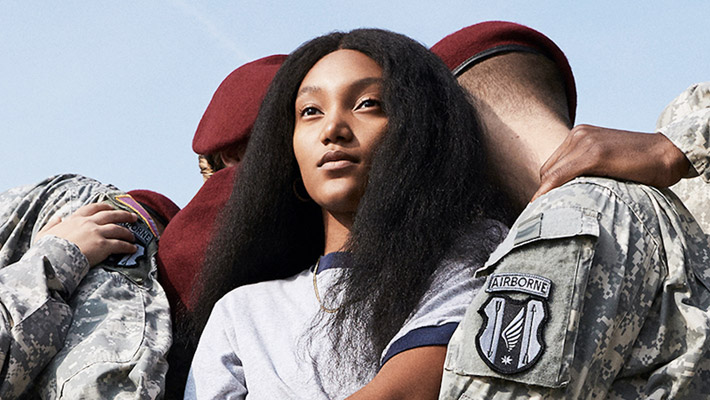 If nothing below suits your sensibilities, check out our guide to What You Should Watch On Streaming Right Now.

We Are Who We Are (HBO, 10:00pm EST) — Luca Guadagnino (Call Me By Your Name, Suspiria) takes a first stab at a TV series, and it’s an immersive experience with (of course) a sun-drenched, often picturesque Italian setting. Jack Dylan Grazer and Jordan Kristine Seamón star as two leads who recognize something crucial in one another and forge an unshakable bond, and this should tide Euphoria fans who don’t mind more literally euphoric vibes and less nihilism than the Zendaya-starring series.

The Third Day (HBO, 9:00pm EST) — Jude Law and Naomie Harris star in this limited drama series about a mysterious island filled with unwelcoming natives. It’s a strange new world, and the leading duo must confront their own prejudices and fears… and hopefully survive.

In case you missed these offerings last week:

Unpregnant (HBO Max film) — A 17-year-old Type A student, Veronica (Haley Lu Richardson), deals with a never-taken-lightly decision by taking a 1000-mile road trip with her former BFF, Bailey (Barbie Ferreira), and it’s a wild ride that neither of them suspected was afoot. The value of renewed friendships with a dash of both Thelma And Louise and Fast And Furious make this an unexpectedly funny film with costars including Alex MacNicoll, Breckin Meyer, and Giancarlo Esposito, and Betty Who.

Woke (Hulu series) — This show is the comedy series that Lamorne Morris (and the rest of us) deserves with a little bit of everything. It’s surreal, it’s funny, it’s serious, it’s got talking toast and trashcans, and it’s in good hands with director Maurice “Mo” Marable. The quest to “keep it light” never felt so real as Keef (based upon the life and work of artist Keith Knight) experiences a rude awakening and transformation to follow.

The Boys: Season 2 (Amazon Prime series) — This season’s gone weekly from here on out while diving deeper, and Episode 4 takes the vigilantes on a road trip to track down a mysterious Supe called Liberty. There’s candy-bar and serial-killer lore afoot as well.

The Killing of Breonna Taylor (Hulu series) — The New York Times investigates the life of Bronna Taylor and her police killing (following a no-knock warrant) on March 13 while the case still unfolds.